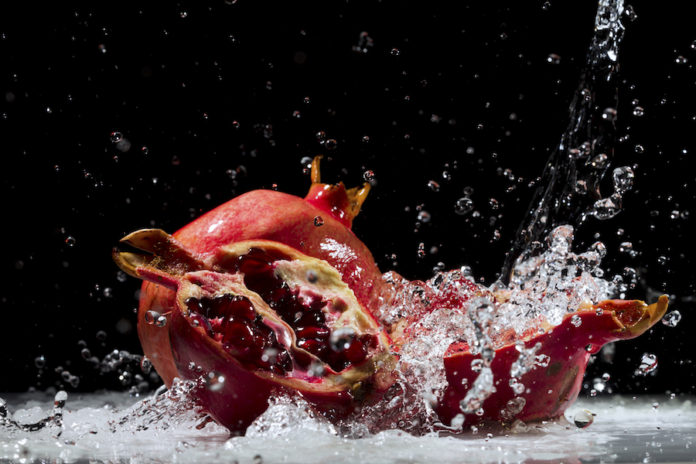 Those of us with some notion of geology know that the Earth has gone through a number of enormous changes and transformations since its birth about 4,5 billion years ago. Earth scientists have studied and delineated such changes throughout the history of the Earth at different physical and time scales, defining them under such names as geological “periods”, “epochs” etc.

The “periods”, known as Precambrian, Paleozoic, Mesozoic, Tertiary and Quaternary, are further divided into “epochs” among themselves.

Presently, we are living in the Holocene epoch of the Quaternary period. However, a new discussion has started in the scientific community that this epoch is transforming into a new one.

Around 12.000 years ago the Pleistocene epoch, characterized by its glaciers, ended and the Holocene epoch started with its generally mild climate.

During the Pleistocene epoch, glaciers had covered nearly half of Europe and the sea levels had dropped down 100-150 meters below that of today.

The coming of the Holocene epoch, with its moderate climate and suitable environmental conditions, enabled the development of mankind up to the civilization level of today. But in recent years an increasing number of scientists have been advancing a new proposal, that the Holocene has come to an end and that we have started a new epoch which is appropriately named the Anthropocene due to its human origins.

What then is this Anthropocene epoch?

All periods and epochs are defined in terms of certain natural events and transformations, such as the separation of the continents, the formation of the valleys and mountains, the changing structure of the atmosphere and the oceans, the remarkable transformations in the rocks, flora and fauna.

However, the environmental changes and transformations occurring in our days are not due to natural causes but it is the actions of mankind behind them all.

The transformations on our Earth caused by mankind have been reaching such levels in recent years that a gradual shift has been occurring in the scientific community toward the acceptance of the proposal that the Holocene has ended and a new epoch, the “Anthropocene” has started.

The branch of geology which studies and defines the geological periods and epochs is called “Stratigraphy”. It is probably the most important branch of geology which analyzes and dates the different strata (or rock and soil levels) under the ground, using various scientific methods, to bring to light the events in the Earth’s history in chronological order. A simple example to illustrate the point is, when we find fossils of sea life on a mountain and date them, we can say that this area was once a sea and has now transformed into a mountain by the folding and rising of the Earth’s crust.

When we look at our world today we see less green and more asphalt, concrete, plastic and metal. It is also known that the structures of the atmosphere, the oceans and the soils are undergoing subtle but important changes.  Such transformations which once occurred over thousands or millions of years, can now happen in decades or in a few centuries.

The first suggestion that the Anthropocene age had already started, came from the Nobel laureate Dutch scientist Paul Crutzen during a scientific meeting held in Mexico in the year 2000. The main theme of the meeting was the transformations occurring in the oceans and the atmosphere during the Holocene.

At some point during the discussions, Crutzen was increasingly frustrated that they were still discussing the Holocene despite remarkable changes. He could not hold himself further before shouting “No! We are no longer in the Holocene. We are in [pause] the Anthropocene” At first, this outburst was met with a cool silence, but it was enough to start a discussion on the topic. That year an article written by Crutzen and another eminent scientist Eugene Stoermer presented a strong argument for their case which started gathering an increasing number of proponents for the proposal.

The official authority responsible for the definitions of the geological eras, periods and epochs is the International Union of Geological Sciences (IUGS). In order to reach a decision the proposal must first be discussed and voted on, in a commission of the IUGS, the International Commission on Stratigraphy, which has formed a working group specifically on this topic.

There are two different views among the geologists on this issue. Counter arguments for the proposal come from a minority, who claim that the changes to this date are not sufficient enough to declare a new epoch, that further changes are surely expected in the future which can someday justify a new epoch, and that it is very difficult to determine a certain point in time for a new epoch. On the other hand, the majority insists that they have produced enough data as evidence to define a new epoch the Anthropocene.

In order to define a new epoch, certain scientific criteria have to be fulfilled and the starting date must be defined. The Working Group of the International Commission on Stratigraphy has already held meetings on the proposal, where the main discussion item was not “if” but “when”.

Among the suggestions for the starting date were, the year 1800 as the date for the industrial revolution, the year 1610 for the mass killings of the Indians of North America resulting in the and disappearance of agriculture there, the year 1945 for the first atomic bomb and even some suggestions going back to the days of the Roman Empire.

The working group recently agreed by 30 votes against 3, on an recommendation to the Commission, that the starting date of the Anthropocene epoch should be the year 1950. The most important factor in this decision was the fact that the many nuclear tests around that date, produced a measurable layer of radioactive Plutonium on the soils of the world which had never existed before. The Plutonium isotopes will retain their radioactivity at detectable levels for another 100.000 years.

When we inspect some other criteria for the selection of the year 1950, we come across:

The scientific community is now awaiting the decision of the International Union of Geological Sciences on this matter. Whatever the decision will be, the main problem here is how drastic the lives of the 7 billion people living on Earth will be affected by the irreversible changes which mankind himself has been producing. The warnings we receive from the scientific community unfortunately do not point to a better future.

Furthermore, in this article, we did not mention anything regarding the major environmental problem of our times, the global warming disasters.

Reference: Jan Zalasiewicz, ‘What Mark Will We Leave On The Planet?’ – Scientific American, Pages 25-31, September 2016

Purpose of a Business and Post-Truth – Alex Edmans – Interview...