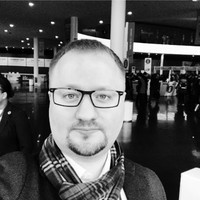 I had the opportunity to meet and talk with Nazar Bilous, CEO of Smart Atoms at the WebIT event on November 7, 2013. It was clear how serious they were during the interview.

I immediately pre-ordered device because it was the device that interests me. Then, I began to wait.

In the meantime, potential users were asked about what kind of additional specifications should be added beyond existing specifications, if enough money was provided what could be done etc.

They finally found out the value of what they were doing, and they started to ship the devices.

I remember the developments so clearly about five years ago. So, I am not surprised how I write this text easly and comfortably 🙂 I’m talking about a device that will change the existing perceptions when you think about it five years ago. I even took a box opening video because I felt Lametric would be a classic.

You can watch the interview with Nazar Bilous, the opening of the LaMetric box, its features and its presentation from the video below.

I think LaMetric is the first device that allows you to show the instant information which receives from the internet via the communication interface. 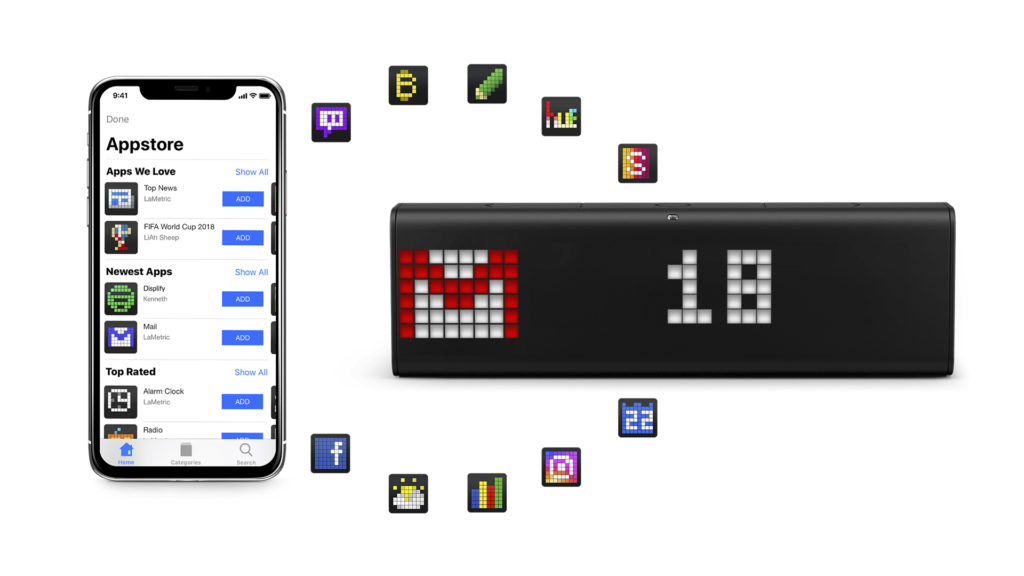 What you can do:

Lametric is an intelligent wireless speaker and display. Weather forecast, radio listening kind of operations are possible. It allows you to access many data instantly.

If we look at the specifications:

– Standalone, wireless
– No phone connection required
– Personal and / or shared device.
– You can use it with your family or colleagues.
– Application-oriented
– Use as an alarm clock
– Develop your own user interface
– Display the weather forecast
– Streaming music via Bluetooth connectivity
– Countdown to any special day
– More than 3000 internet radio stations
– Stopwatch and timer during sports
– Integration with Twitter, Facebook and other applications
– A special interface allows you to receive and view data from many applications
– Up to 500 applications already developed 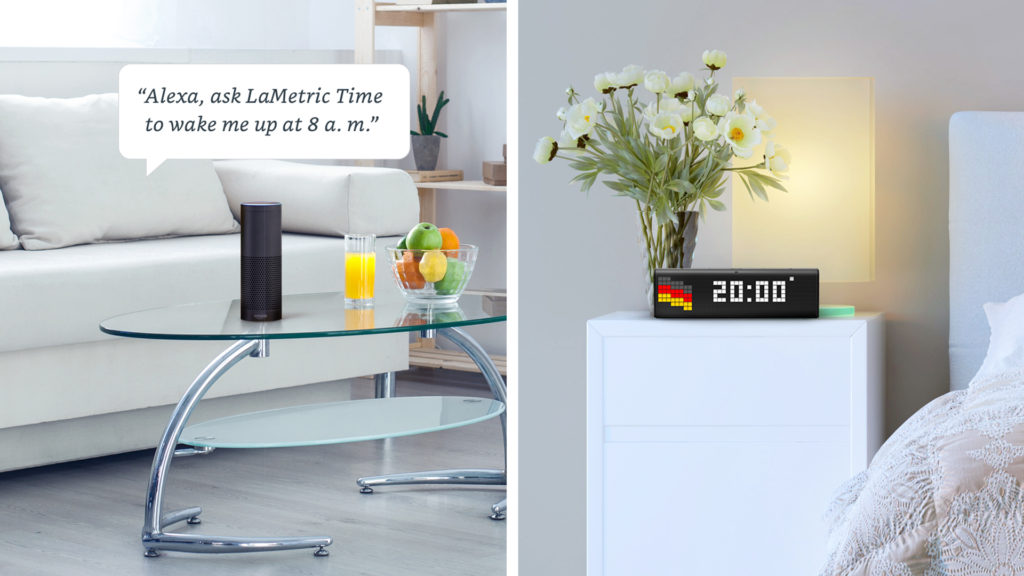 The user ecosystem is so extensive that you are constantly experiencing new applications. Thanks to the developer interface.

It’s a self-proven device on my side. It’s been working for over five years. Congratulations and wish them continued success.

You can access details about the device at https://lametric.com/

In the meantime, I found an article which I prepared about LaMetric in June 2014. You can read it below. Attention: The following text was written in June 2014.

Kickstarter campaign is launched for LaMetric

I met with the Smart Atoms team at the WebIT event in Istanbul in November 2013. They were from the UK and displayed the product that they were trying to develop at the ‘UK Start-Up’ section. The prototype was working, but the head of the company, Nazar Bilous, who had said that ‘time is needed for mass production.’

We continued regular communication. Recently, they decided to announce the product with the Kickstarter campaign. As of yesterday, LaMetric is waiting for its supporters. Estimated shipment date seems January 2015.

LaMetric is a Smart Digital Display that allows users to view relevant information.

From the moment LaMetric is removed from the box, it begins to monitor and display the following information:

It is straightforward to set up and identify information to follow. You can add RSS to watch the latest news. Or you can connect with the widely used IFTT and define your rules and force your dreams to follow everything that goes on the Internet. For example the result of your team match, family celebrations, follow-up of cargo you expect, sunrise, sunset, and movements. If you have a home automation system by communicating with it, you can view what is happening. You can remove animations, icons, sounds on the screen by pairing them with your e-mail box.

The installation of LaMetric is straightforward.

It comes in an ideal size. A desk, wall, store window or contour in the size of the stylish stand. An icon and 7-digit LED is used in the display. Moving information on the screen and animations possible. There is also a speaker. Thus, audible warnings can be done and listening to radio or music.

LaMetric has an API available for developers. Besides, a separate API is available to run on the Web for any Web-based users if they are going to use a firewall behind the firewall and intranet.

Other devices such as LaMetric are currently on the market. However, they fall behind LaMetric in price, size, and function.

Smart Atoms defines itself as a company that tries to produce devices that will increase productivity.

I hope they see what they expect. The Kickstarter campaign, they’re close to their goals. I’m a supporter of their support.

For the Kickstarter campaign page: (Note from January 2019 – It is still working)