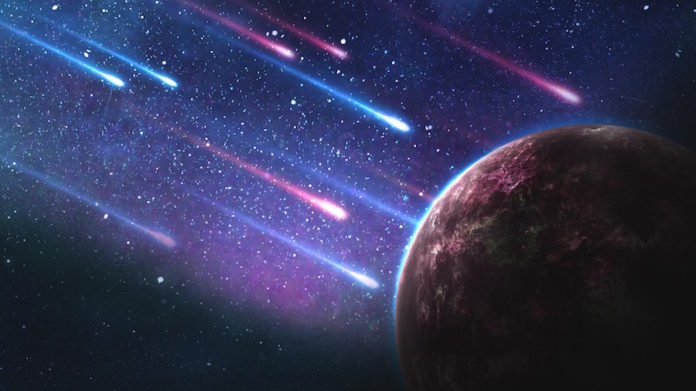 As new space discoveries and applications emerge every day, humankind is embarking on a new set of space missions beyond Moon and Mars, which is that of asteroid mining.

Following the missions of space agencies to the asteroids for purposes of scientific exploration, private companies are now embarking on commercially oriented asteroid missions for mining the rich resources there for profits on Earth. Aside from technical hurdles, these initiatives bring together a host of legal and ethical issues.

Asteroids are space objects, remaining untouched since the 4,5 billion years old formation of the Solar system, varying in size from a few meters to several kilometers. A great majority of these space “rocks” revolve around the Sun in orbits between Mars and Jupiter. They are classified by astronomers according to their different structural properties, as being one of three types: C, S, and M.

Although a great majority of asteroids are beyond Martian orbit, quite far from Earth, there is still a considerable number of the so-called NEAs (Near Earth Asteroids) which pass within a reachable distance of roughly the distance to the Moon. The last count of NEAs put their number at over 15 thousand with 25-30 new ones being discovered every week. The total mass of NEAs is well over 100 billion tons.

If we consider a particular large M-type asteroid such as Amun, with its 2 km size and a mass of about 30 billion tons, rough calculations show that it may contain 22 trillion-dollars’ worth of metals of different types varying from iron to gold and palladium. An estimated operational cost of around 1 billion dollars, can easily be recovered by just 30 tons (1,5 cubic meters) of gold at today’s prices.

Asteroid miners talk about different technological options in their approach to the discovery, development and operations in mining. They would prefer to employ a minimum number of, or no humans at all, preferring to maximize the use of robots. An extensive use of 3 D printers is foreseen. Robotic systems may be constructed on the site which can excavate, process the materials to a certain degree and prepare it for shipment to Earth.

The size of the asteroid and its distance to Earth will also determine the technologies to be used. Those with small size and close orbital proximity may be pushed by rocket power to an orbit around the Earth or the Moon, which will enable easier access. An asteroid with a size of up to 20 meters, may be placed into a low Earth orbit, between 400 to 500 km altitude, so that it can be regularly visited, or even continuously occupied by astronauts who can oversee the operations on site.

Several spacecraft have been sent to different asteroids for scientific exploration by space agencies of the US (NASA), EU (ESA), and Japan (JAXA). The last one was launched by NASA in September of 2016 for a 2018 rendezvous with the asteroid Bennu. After a two year on-site investigation and analysis, the spacecraft named OSIRIS_Rex, will start its journey back to Earth returning in 2023 with samples of material from the asteroid.

Earlier a Japanese spacecraft named Hayabusa reached an asteroid in 2010 and brought back some material but only about one milligram due to some technical mishap. A second Japanese spacecraft, Hayabusa 2, is on its way to the asteroid Ryugu, scheduled to arrive there in 2018 and return with samples in 2020.

Apart from the technological and commercial issues, a very important aspect of any space operation is the legal one, especially within the framework of international space law, which should well be applicable to asteroid mining.

The basis of space law is the 1967 Outer Space Treaty (OST) which has been signed and ratified by almost all the nations. OST stipulates that all space bodies, including the Moon and all celestial bodies, belong to the whole of humanity and that no nation can claim sovereignty on them. But OST is not clear about any commercial operations in space.

The another treaty, known as the “Moon Agreement” (MA) is more specific on this issue, stating that a separate international regime will be undertaken to govern the exploitation of those bodies. In particular, MA states that the natural resources on the Moon and other celestial bodies “ … shall not become the property of any state”. However only 15 members of the UN have signed this agreement (including Turkey) and this handful, does not include any of space-faring nations, such as the US, China, and Russia.

While the international community is busy holding discussions on the legality of asteroid mining, US and Luxembourg have already passed laws on the issue. The law passed by the US Congress governs the activities of the private companies, while the Luxembourg law goes much further, in that it not only regulates but also promotes and supports asteroid mining to the extent of offering tax advantages, finance, and partnership.

Commercial asteroid mining should not distract our attention from other asteroid missions and operations which can be of benefit to humanity. Scientific exploration comes first in the list. Asteroids are the remnants of untouched evidence from the birth of the Solar system 4,5 billion years ago. They contain information about the formation of the planets, the Sun, the Universe and possibly clues to the origins of life.

Asteroids can serve as a supply station for water and rocket fuel in long-duration space travels. A spacecraft can anchor on a C-type asteroid for such supplies, considerably shortening travel time and making it more feasible. The energy required for electrolysis of water to get oxygen and hydrogen is readily available from the Sun.

Construction in space can be another area of asteroids’ use. Many of the materials needed to construct a building or an enclosed container of sorts, can be found on an asteroid without the need to bring them from Earth. In addition, the availability of water (oxygen, hydrogen), carbon, nitrogen, and phosphorus may make it possible to grow plants there. The energy required can again be obtained from the Sun.

Asteroids can be a source of certain so-called “rare earth elements”, with such names as neodymium, ytterbium, and gadolinium, which are used in such high-tech devices as cell phones, superconductors, some medical devices, lasers, etc. As the name implies the scarcity of these elements is a fact and a cause for worry as to the availability in the future. If found and can be recovered from an asteroid, it would be a relief and to the benefit of all mankind notwithstanding the commercial profits to be made.

In my opinion; asteroids should be used exclusively for purposes which have no other alternatives on Earth or through Earthly endeavors. Starting with scientific purposes at the highest priority, these include the supply of water and rocket fuel for deep space missions, construction for astrobiology research, space travel quarantine, and possibly for excavation and recovery of rare materials needed but not easily found on Earth. Asteroid mining should be banned to commercial mining of precious metals like gold and platinum until an international agreement is reached on that issue as stipulated in the Moon Agreement.

As the long-term sustainability of modern life as we know it, including life for all species on Earth, has taken top priority for mankind, the use of all celestial bodies including asteroids, must be planned and regulated taking into strong consideration the concept of limited natural resources, not just for the present, but for centuries and generations to come.

Any and all proposals regarding the use of celestial bodies must be evaluated with full regard to all positive and negative aspects of the economic as well as social consequences.

There is a benefit in reaching an international agreement soon, taking into account the interests of all nations and future generations.